Onward With Hope:  Inspiring Courage to Create the World We Want

March 2 “Political Minds: Addressing the Challenges of a Divided Nation,” Philip Chard will discuss conspiracy theories, insurrection, hate speech, misinformation, and white supremacists, and what can we do to bridge this interpersonal chasm, find common ground, heal divisions and not drive ourselves crazy in the process?” 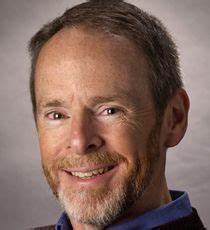 Philip Chard recently retired from Empathia, Inc. after 32 years as President and CEO. Empathia is a behavioral services firm providing health, safety and productivity solutions for over 400 organizations across North America. He remains a practicing psychotherapist who, for over 34 years, wrote an award-winning weekly column in the Milwaukee Journal Sentinel titled "Out of My Mind,” now published in the Shepherd Express. Philip is author of The Healing Earth, which won the Midwest Publishers Award, and Nature’s Ways. Previously, he was Director of Behavioral Science Education at Michigan State University’s College of Human Medicine, where he was an associate professor and received the Outstanding Faculty Award.

March 9 – “Nurturing Hope from Within: Wisdom Teachings and Spiritual Practices,” Rev. Karen Hagen, Pastor of Tippecanoe Presbyterian Church in Milwaukee’s Bay View community will join us for a sampling of spiritual practices from around the world. A time to reflect and let the light of hope shine into our everyday living. 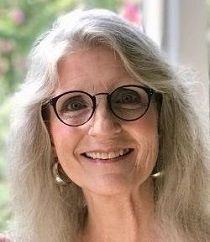 Rev. Karen Hagen of Tippecanoe Presbyterian Church in the Bay View area of Milwaukee feels deeply blessed to serve as pastor with the abundantly gracious folk of Tippecanoe Faithing Community (PCUSA). Tippe is home to Living Waters Contemplative Life Center, Divine Intervention Ministry to the Homeless, Tippecanoe just.good.food Gardens/ Food Justice Site PCUSA, and Arts and Science Literacy Camp for Kids. Also, with 30 years of professional development in the healing arts – including certifications in spiritual direction, reiki, reflexology, and body/mind/spirit practices – she is humbled by the opportunity to come alongside individuals and groups companioning them on their journeys to abundant life. She brings experienced care to each person and group with whom she is honored to work.

March 16 – “Communities of Color: Finding Hope through Pursuing Justice", Eloisa Gomez, Minister Byron Johnson, and Jessica Boling will discuss some of the challenges that our diverse communities face in greater Milwaukee and how they have channeled their justice work around hope and community. 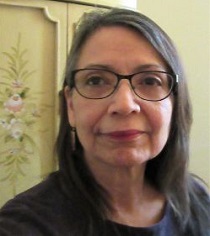 Eloisa Gomez is the Chair of Comité por el Voto Latino/Latinx Voter Outreach, a committee of the League of Women Voters of Milwaukee County to expand voter education and registration on Milwaukee’s South Side. She is the co-author of the book, Somos Latinas: Voices of Wisconsin Latina Activists, (Wisconsin Historical Society Press), a book that summarizes the activism of 25 older Latina activists from Wisconsin. Eloisa has a B.A. from Mt. Mary University and an M.S. in Urban Studies from the University of Wisconsin-Milwaukee. In 1988, Eloisa served as a Mayoral Assistant for Mayor John Norquist in his first term in office. During this first term, she helped form a multi-racial ad hoc group of women and men to create the Mayor’s Breast Cancer Awareness Task Force which led to a Mobile Van providing free Breast Cancer screening. Over the years, Eloisa has served on various local, state and national advisory and nonprofit boards, including the Latino Historical Society of WI, the Catholic Campaign for Human Development at the local and national level and served on the Cardinal Stritch Advisory Committee for the annual Brother Booker Ashe Community Presentation. 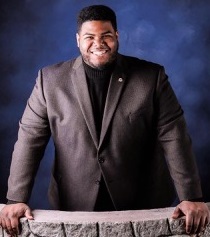 Minister Byron Johnson is a native of the city of Milwaukee, Wisconsin and is a graduate of the American Baptist College of Nashville, Tennessee. He currently serves as Associate Minister of Progressive Baptist Church under senior pastor, Walter J Lanier. Byron’s ministry is centered on bringing God’s love, reconciliation, and grace to all who God has created. Minister Byron is excited to serve! He is a member of the National Urban League Young Professionals and formerly served as a program assistant at the African American Chamber of Commerce of Wisconsin. 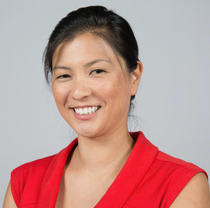 Jessica Boling is an experienced community organizer. She has solved complex issues and promoted the influence of different communities. She recently helped the Biden campaign win Wisconsin as the Asian American Pacific Islander (AAPI) State Director. Prior to joining the Biden campaign, she was the director of community engagement to the AAPI community for the Milwaukee 2020 Host Committee. She is also a founding member of ElevAsian, an AAPI leadership group in Milwaukee and Wisconsin. In 2013, Jessica conducted research on international aid in Cameroon as a Fulbright Fellow. Additionally, she served as the secretary general for a nonprofit organization in South Korea for adoptees returning to Korea.

March 23 – “Moving forward from our own spiritual casteisms with genuine hope and connection,” Pardeep Singh Kaleka and Rhonda Hill, Inspired by the book “Caste” by Isabel Wilkerson, will have an open and honest conversation on the role that cultural dynamics have played in their own personal lives and continue to play in America. 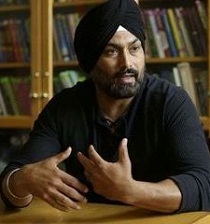 Pardeep Singh Kaleka is executive director of the Interfaith Conference of Greater Milwaukee, published author of “The Gifts of Our Wounds,” award-winning columnist with Milwaukee Independent, and clinician specializing in utilizing a trauma-informed approach to treat survivors and perpetrators of assault, abuse and acts of violence. A native of Punjab, India, he grew up in Milwaukee, and served as a Milwaukee police officer and educator in the inner-city of Milwaukee until the shooting in 2012 at the Sikh Temple of Wisconsin, where a white-power skinhead took the lives of seven parishioners, one of them being his father and temple founder. In the aftermath, called to help the community heal, Pardeep channeled his energy into transformational love. His work today is to encourage stewardship of healthy social and spiritual fabrics that commit to nurturing the village and fostering genuine connections between individuals and their communities so that hate and hate crimes are less likely to happen. 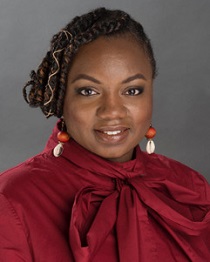 Rhonda Hill has spent over a decade focusing on issues of racism and poverty. She has served as counselor, consultant, coach, and group facilitator. She is an analytical, creative, systems thinker with compassion. Her commitment to raising awareness about racism is seen through her previous work with the Milwaukee County Social Development Commission, the YWCA, the Greater Milwaukee Synod of the Evangelical Lutheran Church in America, the Interfaith Conference of Greater Milwaukee, and now as founder of Race and Faith, which educates, promotes and facilitates healthy, faith-based conversations on the topic of racism.. Rhonda has a master's degrees in marriage and family therapy and in theological studies.

March 30 – “Moving Forward Together with Hope after Incarceration,” Dr. Terri Strodthoff, Jeanne Geraci, and John Serrano join us to talk about the role of hope for those who have been through and may be going through the legal system. 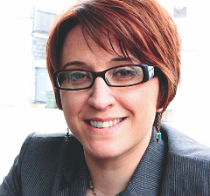 Jeanne Geraci has served as the Benedict Center's executive director since August, 2011. Founded in 1974, the Benedict Center helps justice-involved women create healthier and safer lives through direct service and advocacy. Jeanne has increased the agency’s capacity to service justice-involved women in Milwaukee through new initiatives including adding co-occurring mental health services to the Women’s Harm Reduction Program; creating a new Women’s Re-entry Program at the Milwaukee County House of Corrections; and partnering with the Milwaukee Police Department and the District Attorney’s office to create a public health centered street-level prostitution diversion program. Since 2011, the Benedict Center’s Sisters Program has grown to one of the largest programs to serve women in the street-based sex trade on the south side as well as the north side of Milwaukee. Prior to the Benedict Center, she served as the Associate Director of Voces de la Frontera. There she played a critical role in moving a fledgling immigrant worker center to an established state and national leader in the immigrant rights movement. She also worked as a family advocate at Mental Health America of Wisconsin, development director of Esperanza Unida and community organizer for the Riverwest YMCA Housing Initiative. She graduated from the University of Wisconsin-Madison with a Bachelor of Arts in Political Science and Economics. 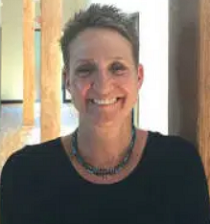 Terri Strodthoff is the Founder and Executive Director of the Alma Center. The Alma Center is a community-based agency in Milwaukee working to heal, transform and evolve the unresolved pain of trauma that fuels the continuation of cycles of violence and abuse in individuals, families and community. Alma Center works primarily with men at-risk or involved in the criminal justice system, with a particular focus on men who have a history of domestic violence. Dr. Strodthoff has more than 25 years in the field of Healing Focused Care. 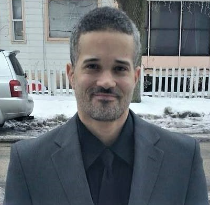 John Serrano is a Peer Guide and Co-Facilitator at the Alma Center. He works to support the restorative transition of men returning to the community from incarceration and to create peaceful change among men and families in our community. John has courageously and wholeheartedly engaged in his own process of transformation, having first come to the Alma Center as a client. Utilizing his own experiential knowledge of having walked in the same shoes, as well as his deep study of trauma resolution and restorative practice, John has helped many men re-examine and heal from the violence in their own background and stop repeating the same cycle of violence.

Students and others of limited means pay as you are able by contacting the Interfaith Conference office at 414-276-9050 or cherrieh@interfaithconference.org

You will be emailed a zoom link to attend.

A Conversation with Dr. Reggie Williams

Event sponsored by the Interfaith Conference's, Committee for Interfaith Understanding, moderated by CIU Chairwoman, Janan Najeeb.  Members of the CIU Committee will be responders, including guests from facebook Watch entire program

“Constitutional Rights to Religious Liberty: The Supreme Court’s Recent Cases on the Establishment and Free Exercise Clauses of the First Amendment”

“This academic and interactive program will focus on two, recent decisions of our High Court, addressing the meaning and impact of the Constitution’s protections against governmental establishment of religion and preservations of the right to its free exercise.  In addition to describing the factual and legal bases for those landmark rulings, James L. Santelle, the former United States Attorney for the Eastern District of Wisconsin (and long-time supporter of the missions and activities of the Interfaith Conference), will comment on the practical significance of the Supreme Court’s decisions for religious and non-faith-affiliated entities.  This 90-minute gathering will also include abundant opportunities for participants to ask questions, offer perspectives, and otherwise comment on these important and topical issues.”
This event is sponsored by the Interfaith Conference of Greater Milwaukee

PEACEFUL PRESENCE PROGRAM
August 17-27:  Videos including a prayer, quiet music for meditation or a short reflection on peace from faith leaders and members, submitted daily throughout the week of the DNC to foster peace at this time of profound uncertainty and unrest in our country. The Interfaith Conference partners with Milwaukee (Ramos) Ignatian Associates, MICAH, Casa Romero Renewal Center and the Center for Peacemaking at Marquette University.  Stop by each day for your dose of peace:  Peaceful Presence Program website

A feature of our 50th Annual Virtual Luncheon, it was created with 3rd year Marquette University student, Ryan Hagan. Ryan is working on a degree in Cognitive Science and Digital Media. He's made other videos for the Marquette Wire, Generations Against Bullying (YouTube), and Walnut Way. His personal objective is to "create high-quality, socially relevant, thought-provoking content." We appreciate and sincerely thank Ryan for his time, talent, technical abilities, and especially his patience in working virtually with me to deliver the video I envisioned.